As Jey El's world tour arrives in Japan for a concert in two days time, Master T and the rest of Jey's office receive word that a sniper is targeting Jey. On the day of the concert, which Haneru, Kanon, and Kumo are attending, the sniper, disguised as an injured man, sneaks into the stadium and gain a guard uniform, allowing him to get into position. When Haneru runs into Master T, he spots the sniper and throws a shoe at him, allowing Master T to apprehend him before he can attack. After the concert, which leaves an impact on everyone who saw it, Haneru comes to understand what it means to fight when it comes to dancing.

the sniper as a handicaped man

the sniper desguise as a security guard 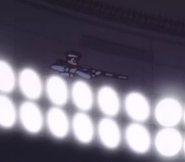 the sniper aiming for Jey's heart 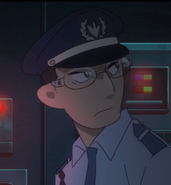 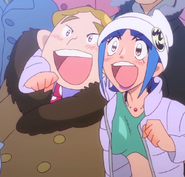 Add a photo to this gallery
Retrieved from "https://tribecoolcrew.fandom.com/wiki/Episode_16?oldid=5786"
Community content is available under CC-BY-SA unless otherwise noted.